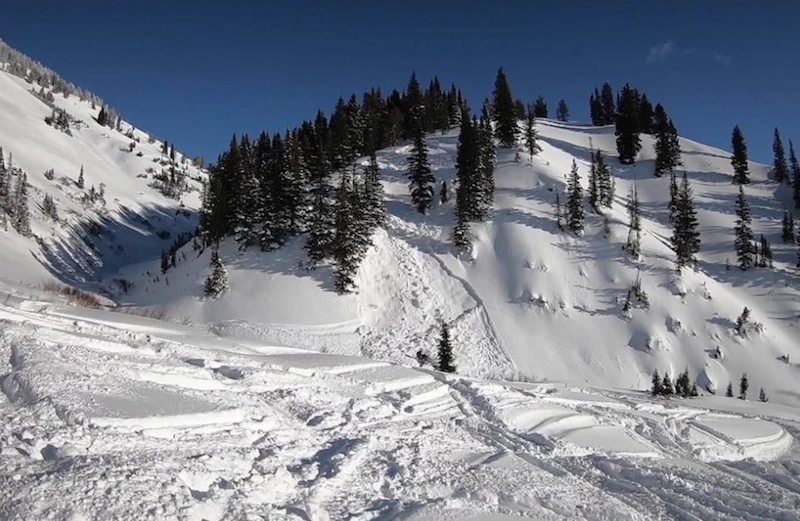 We’ve all seen an old film or cartoon when someone claps or shouts too loudly in a snowy mountain range only for a great beast of snow and ice to awaken and hurl itself down the mountain towards them. Avalanches actually cannot be started by noise – so you can heave that sigh of relief next time you are in the mountains – but vibrations like those made when skiing can cause them, so precautions still need to be taken.

Avalanches can be devastating, but they can also do some unexpected good. New habitats can appear, and even wildlife can benefit from something that initially seems so destructive.

An avalanche is an incredibly destructive force of nature; flattening trees on the hillside, and in the process, destroying the ecosystem and killing plants, animals, insects, and unfortunately sometimes people.

The avalanche itself will do very little to harm the surface of the Earth, but the consequences are devastating. The massive redistribution of snow can sometimes cause a flash-flood; causing more damage to the surrounding areas, rivers become rerouted, and towns and ski resorts find themselves cut off until the damage and debris is cleared.
Avalanches cut a deadly swathe of destruction through an area, and it can be years until the environment recovers again. Even then, the ecosystem will never fully return to what it was.

Not All Doom and Gloom

Thankfully, there are some benefits to come out of such a disaster. The avalanche may cause death, but it is not all in vain. Decomposing tree and animal remains release nutrients back into the soil to help revitalise the area.

Although the trees are uprooted, the subsoil is still intact, and new life can bloom. Former avalanche tracks can be host to an incredible array of rich and diverse life. There is even some evidence of certain types of hardy plants prefer, and thrive, in this environment, showing that there must be some stability in the soil and ecosystem since these plants continue to thrive despite multiple avalanches occurring throughout the years.

Larger animals can also take advantage of the newly cleared tracks. New hunting and grazing grounds open up taking wildlife further up the hillside, giving them new environments in which to live. Even tourism can benefit; the resort might have been cut off in the worst of the snow, but there is now a new hiking trail for visitors to enjoy.

In time, the mountainside and forest will be green and lush again, and the damage caused by the avalanche repaired. If you want to experience the beauty of the slopes, then join us at Alltracks Academy to ski or snowboard with us.