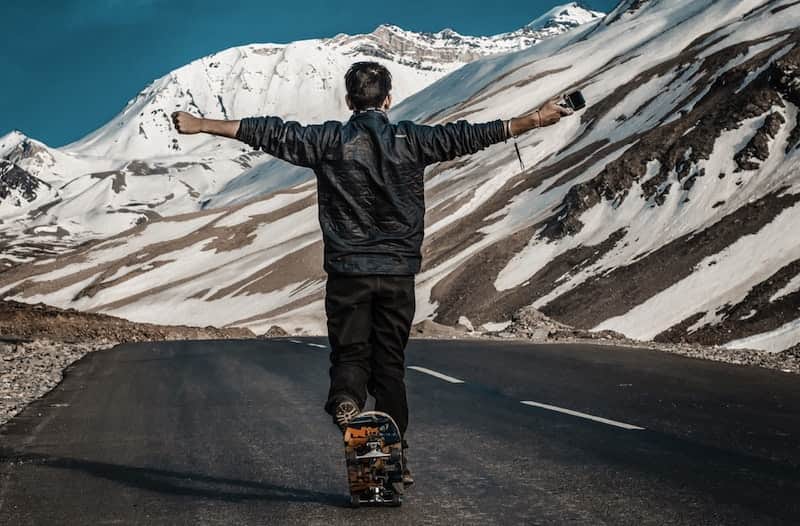 Snowboarding is a very active sport and getting to grips with the technique takes some time. As an avid snowboarder, you might find that you’ve already got the technique nailed, but when you need to take some time off during the warmer weather, coming back to the slopes in Winter, you may feel a little rusty.

When it comes to snowboarding, you want a fluid movement as you slide down the slopes. As the weather can get a bit too warm for ideal snowboarding conditions, many people find that they need to look for other options before they can get back on the board. Some products such as balancing cylinders, don’t do much for those boarders who want to experience the real thing and enjoy the smooth movement and this is why people tend to turn to skateboards.

There are so many similarities between skateboards and snowboards that people use them for cross-training in the summer. As you skateboard down the street or your nearest hill, you’ll feel like you are right there on the slopes and you can practice your technique. Longboards are probably the best thing for this sort of cross-training so make sure to give it a try if you’re missing the slopes.

With the longboard, you use the same stance as you would with a snowboard, and they are around the same size, making it easier to teach snowboarders if they’ve given skateboarding a go in the first place.

Snowboarding is a great sport, and there is no feeling like being on those slopes. It’s important to remember, however, that skateboarding is quite similar to snowboarding and it can be the perfect solution for those who cannot snowboard throughout the whole year. Sign up for our instructor courses today if you want to give it a try.