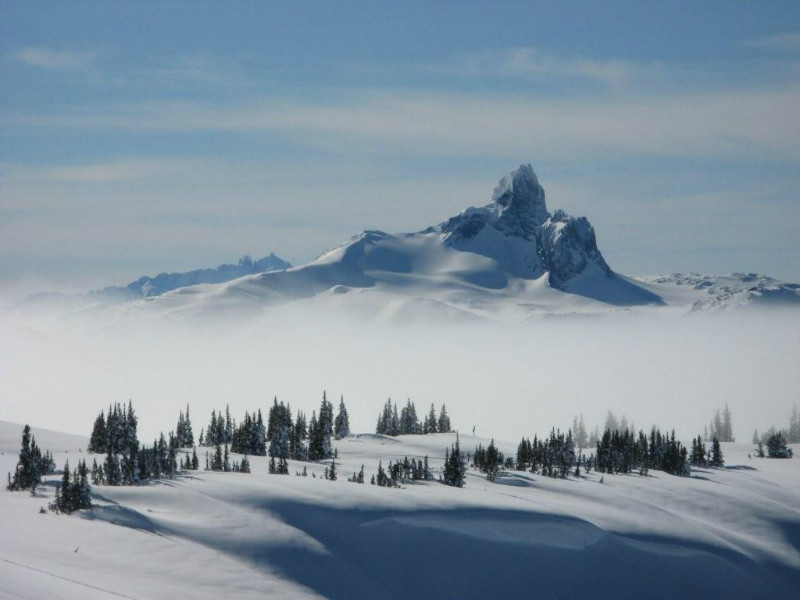 For some people it is enough to know that Whistler Blackcomb is the biggest ski area in North America and that it snows more than virtually any other major resort in the world. These were the two main reasons why we launched our first ski instructor course here back in 2007.

However, others like detail, numbers and the exact statistics that the resort offers. So if you can’t take our word that Whistler is the greatest ski resort on the planet, here are the facts to help persuade you to ski or snowboard in Whistler this season.

We’ll break it down into the following categories: History, Snowfall, Terrain & Accommodation.

Whistler also has one of the longest ski seasons of any resort running from November to May, and sometimes even into June. At the end of April they tend to close one of the mountains (either Whistler or Blackcomb) and prepare the mountain bike trails early.

Not only does it snow big in Whistler, it is big! With 8171 acres, or 3307 hectares, available there is more skiing or snowboarding to last a lifetime. Whistler is made up of two separate mountains, Whistler Mountain and Blackcomb Mountain.

Whistler is the larger of the two with 4757 acres of ski terrain and Blackcomb weighs in with a very respectable 3414 acres. On their own, these two areas would be amongst the largest in North America and together they blow anywhere else out of the water.

Here’s how the two mountains compare if you’re interested in the finer details:

There are many amazing hotels and resorts in Whistler, which makes it a wonderful place to holiday. Here are some of the most popular hotels in the region:

So as you can see, Whistler’s a big old place with almost unlimited skiing and snowboarding. The perfect place for a ski course or snowboard course, regardless of the type of winter sports that you’re interested in.